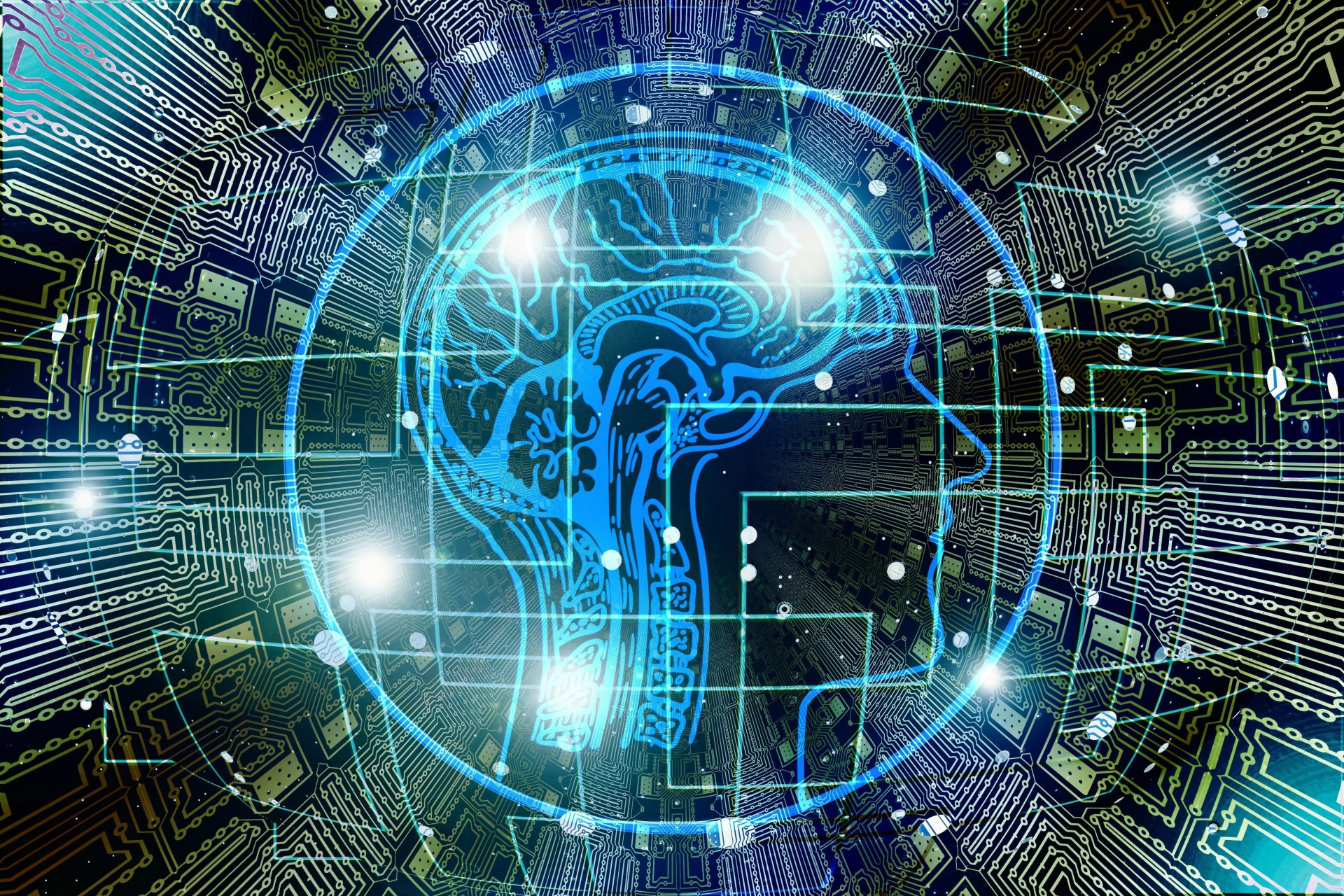 Artificial Intelligence and Machine Learning are often used interchangeably to describe intelligent systems or software. While both components of computer science and used for creating intelligent systems with statistics and math, they are not the same thing.

“AI is a concept bigger than ML, used to create intelligent machines capable of simulating human thinking capability and behavior. Machine Learning, on the other hand, is an application or subset of AI that enables machines to learn from data without being explicitly programmed. In other words, AI is the all-encompassing concept that initially erupted, followed by ML that thrived after.”

Artificial Intelligence studies methods to build intelligent programs and machines to creatively solve problems. It has always been considered the human prerogative.

As such, AI aims to build computer systems that mimic human intelligence. The term “Artificial Intelligence”, thus, refers to the ability of a computer or a machine to imitate intelligent behavior and perform human-like tasks.

Likewise, these tasks include actions such as thinking, reasoning, learning from experience, and most importantly, making decisions. AI systems do not require pre-programming. Rather, they use algorithms.

There are many well-known examples of AI, such as Siri, Google’s AlphaGo, and AI in Chess playing, among many others.

AI is classified into three types based on capabilities: Weak AI, General AI, and Strong AI.

Weak, or Narrow AI, performs particular tasks but is incapable of passing as a human outside its defined capacities. Most AI in use today is categorized as Weak AI. It is widely used in science, business, and healthcare.

One of the earliest examples of Weak AI is Deep Blue, the first computer to defeat a human in chess. (Not just any human either: Deep Blue defeated Garry Kasparov in 1996). Another good example of Weak AI is bots.

Bots are software capable of running simple, repetitive, and automated tasks, such as providing answers to questions such as, “How is the weather?” or “What are some good burger restaurants near me?” Bots pull data from larger systems, such as weather sites or restaurant recommendation engines, and deliver the answer.

Artificial General Intelligence systems perform tasks that humans can with higher efficacy, but only for a particular/single assigned function. They are incapable of doing tasks not assigned to them.

Strong Artificial Intelligence is the theoretical next step after General AI, perhaps more intelligent than humans. Right now, AI can perform tasks, but they are not capable of interacting with people emotionally.

Additionally, if you want to know more about AI and its subsets, you can check this blog: What is AI? Artificial Intelligence and its Subsets.

from data to provide systems the ability to automatically learn and improve from experience without being programmed. In other words, ML is the study of algorithms and computer models machines use to perform given tasks.

There are different types of algorithms in ML, such as neural networks, that help solve problems. These algorithms are capable of training models, evaluating performance and accuracy, and making predictions. Furthermore, ML algorithms use structured and semi-structured data. They also learn on their own using historical data.

The “learning” in ML refers to a machine’s ability to learn based on data. You can say that ML is a method of creating AI. Additionally, ML systems also recognize patterns and make profitable predictions.

Datasets: ML Engineers train systems on special collections of samples called datasets. The samples can include texts, images, numbers, or any other kind of data. Usually, it takes a lot of time and effort to create a good dataset.

Features: Features are important pieces of data that function as key components to the solution of tasks. Features demonstrate to the machine what to pay attention to.

Algorithm: Machine Learning algorithms are programs, like math or logic. An algorithm can adjust itself to better performance when exposed to more data. It is a procedure that runs on data to create a machine learning model. Essentially, they perform pattern recognition. Similarly, the accuracy or speed of getting results differs from one ML model to the next depending on the algorithm.

When it comes to performing specific tasks, software that uses ML is more independent than ones that follow manually encoded instructions. An ML-powered system can be better at tasks than humans when fed a high-quality dataset and the right features.

In Supervised Learning, an ML Engineer supervises the program throughout the training process using a labeled training dataset. This type of learning is commonly used for regression and classification.

Semi-Supervised Learning uses a mixture of labeled and unlabeled samples of input data. In this process, the programmers include the desired prediction outcome. The ML model must then find patterns to structure the data and make predictions.

In Unsupervised Learning, engineers and programmers don’t provide features. Rather, the model searches for patterns independently. Therefore, this type of ML is good for insightful data analytics. The program can recognize patterns humans would miss because of our inability to process large amounts of numerical data.

Finally, Reinforcement Learning is an ML training method formulated on rewarding desired behaviors, and/or punishing undesired ones. This is very similar to how humans learn: through trial. A reinforcement learning model is capable of perceiving and interpreting its environment, taking actions, and learning through trial and error.

Furthermore, RL allows engineers and programmers to step away from training on static datasets. Instead, the computer is capable of learning in dynamic environments, such as in video games and the real world. Reinforcement learning works well in in-game research as they provide data-rich environments.

Some examples include Q-Learning, SARSA, Genetic algorithm, DQN, and A3C. As such, engineers and programmers commonly use them for self-driving cars, games, robots, and resource management.

We use AI to resolve tasks that require human intelligence. ML, on the other hand, is a subset of AI that solves specific tasks by learning from data and making predictions. For this reason, you can say that all Machine Learning is AI, but not all AI is Machine Learning.

The Fuse.ai center is an AI research and training center that offers blended AI courses through its proprietary Fuse.ai platform. Likewise, the proprietary curriculum includes courses in Machine Learning, Deep Learning, Natural Language Processing, and Computer Vision. Certifications like these help engineers become leading AI industry experts, aiding them in achieving a fulfilling and ever-growing career in the field.

Although both Machine Learning and Big Data deal with large volumes of both raw and filtered datasets, they are different in the way they handle the datasets. The article details the key differences between ML and Big Data.

AI has numerous benefits in many economic sectors. AI-generated revenue in the majority of business functions sees a significant yearly increase. The article details the major business impacts of AI.

Increased computing power and complex datasets have prompted the formation of new AI models and algorithms. The development of AI machines will only go forward from there. When it comes to innovations, the sky’s the limit. The article details why AI Engineers are important and how it is a lucrative career field.