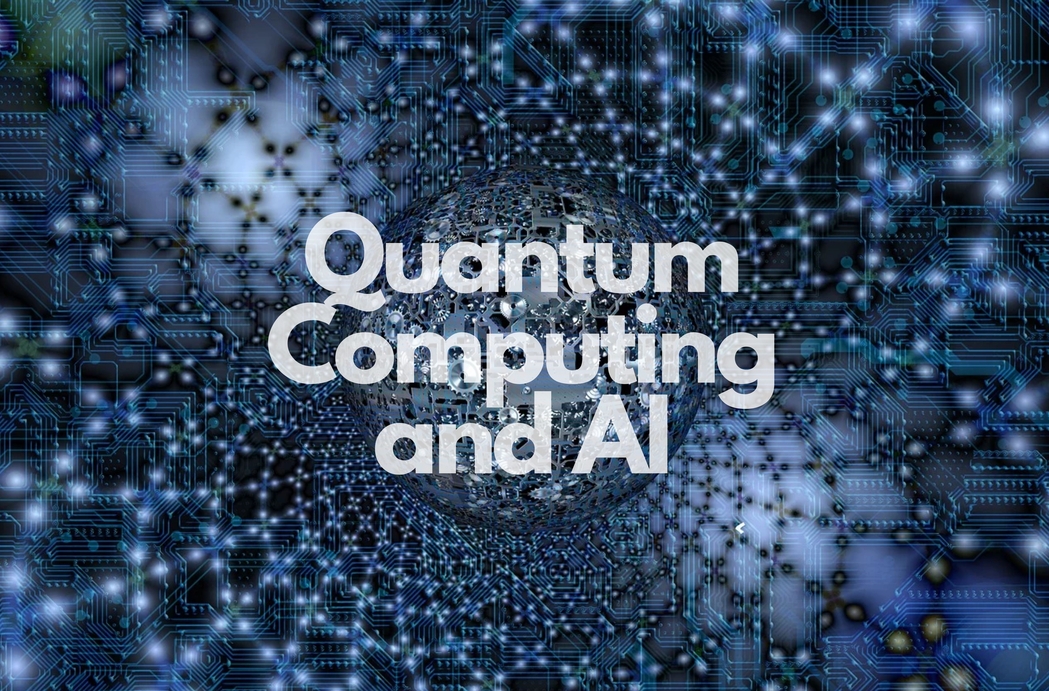 Quantum theory is one of the most outstanding scientific achievements of the last century. Since its inception over 50 years ago, quantum theory has converged with computer science to produce Quantum Computation.

The field revolutionized computation and other branches of science, including AI. Scientists predict that quantum computing will deliver solutions for machine learning and AI problems due to its proficiency in holding many possible outcomes in the “quantum state,”- a fluid condition that allows the system to be in more than one state simultaneously.

At present, CPUs, and even GPUs, are limited to classical binary computers, but engineers are always looking for ways to breach its limitations. Deep Learning, a subset of ML, is already pushing the functional boundaries of traditional computers. AI engineers are also adopting novel microprocessor architectures that perform better than conventional CPUs. Similarly, large transformer models capable of functioning on billions of parameters, such as OpenAI’s GPT-3, are also already in use.

The next step now is Quantum computers, which can solve a broad range of advanced AI problems.

A Brief Introduction to Quantum Computing

Quantum Computing aims to develop computers armed with quantum mechanics. The principles of quantum theory are based on energy and material behavior on an atomic and subatomic level. The focus of quantum computing is mobilizing quantum states to perform calculations. Because Quantum computers use quantum physics to perform intricate computations, they can outperform even the best binary supercomputers.

Classical computers (our smartphones and laptops) encode figures in binary bits (0s or 1s). The basic memory unit in a Quantum computer, however, is a quantum bit, called the qubit. Physical systems, such as electrons spinning or photon orientation, make qubits. Similar to Schördinger’s cat, these biological systems exist in many arrangements at once. This property is known as “the Quantum Superposition.”

Qubits can be linked together through quantum entanglement—the result is a series of qubits representing different things simultaneously. For example, a classical computer can represent any number between 0 and 255 using eight bits. A quantum computer can define any number between 0 and 255 using eight qubits at the same time. A few hundred coiled qubits can represent more numbers than there are atoms in the universe!

One of the largest tech companies in the world- Google, has plans to build its quantum computer by 2029. The company has established a campus in California called Google AI to achieve this goal. Once instigated, Google could introduce quantum computing services via the cloud, enabling companies to access quantum technology without building one themselves.

Similarly, many other companies, such as Honeywell International (HON) and International Business Machine (IBM), also plan on building and implementing quantum computers. JPMorgan Chase and Visa are also looking into this technology. In fact, IBM is expected to hit a significant quantum computing milestone in the coming years, with plans already underway to have a 1,000-qubit quantum computer by 2023.

However, commercial use of quantum computers is still unavailable. Currently, research organizations, laboratories, and universities that are part of IBM’s Quantum Network can access IBM’s machines. Companies can also access Microsoft’s quantum technology via the Azure Quantum platform. 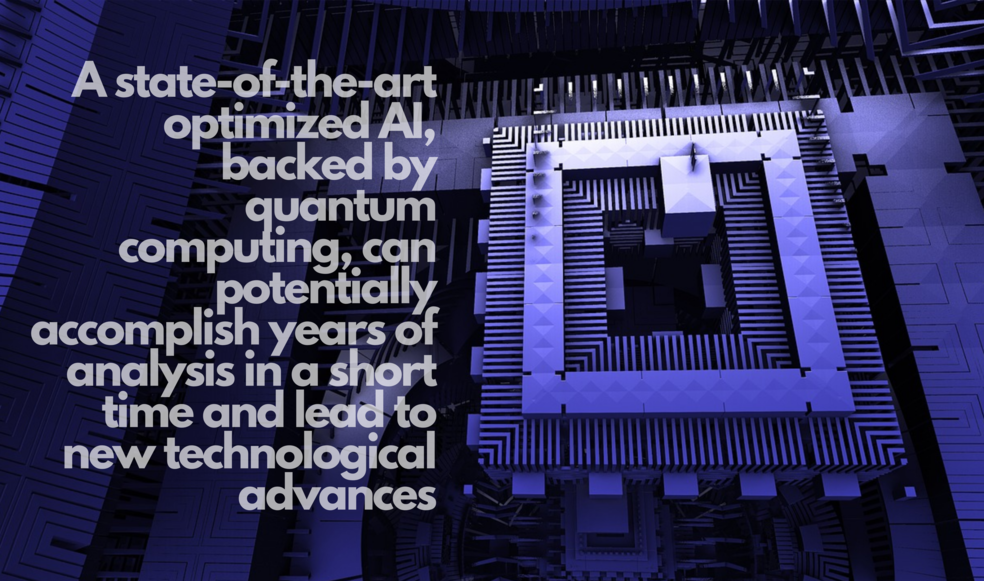 Once again, Google is one of the early quantum computer manufacturers with plans to improve and innovate. Google launched TensorFlow Quantum (TFQ) in March 2020 in collaboration with the University of Waterloo, X, and Volkswagen. This new open-source library combines the TensorFlow Machine Learning development library with the world of quantum computers. Developers can model and create Quantum Neural Network projects capable of running on quantum computers with TFQ.

Why is Quantum AI Important?

Backed by quantum computing, AI could potentially accomplish years of analysis in a shorter time. Some current AI challenges include Neuromorphic Cognitive Models, adaptive ML, and reasoning under uncertainty.

Despite being unavailable for commercial use, applications of currently available quantum computers are already changing the AI landscape. Below are some examples:

Every day, we produce about 2.5 exabytes of data, with 3.2 billion global internet users feeding data banks through social media platforms, in addition to data we create when we take pictures and videos and open accounts, save documents, and so on.

Quantum computers can manage such vast amounts of data even more effectively than classical computers. They can also uncover patterns and spot anomalies. Developers can now better manage quantum bits with each iteration of quantum computer design.

Calculations that could take years to solve with classic computers, quantum computers complete in seconds. This capability is known as Quantum Supremacy. Quantum computing allows developers to do multiple measures with multiple inputs simultaneously. It is also critical for processing the large amount of data businesses generate daily. Such quick calculation can help solve complex problems.

Quantum computing can help produce insights by calculating and analyzing the increasing amount of data industries such as pharmaceutical, finance, and life science generate. Models with quantum technology will lead to better treatments for diseases, decrease financial implosions and improve logistic chains.

The Fuse.ai center is an AI research and training center that offers blended AI courses through its proprietary Fuse.ai platform. The proprietary curriculum includes Machine Learning, Deep Learning, Natural Language Processing, and Computer Vision courses. Certifications like these will help engineers become leading AI industry experts and also aid them in achieving a fulfilling and ever-growing career in the field.

AI tech, such as blockchain, self-driving cars, robots, 3D printing, and advanced genomics, among others, have ushered in a new industrial revolution. These ground-breaking and innovative AI trends will likely change organizations, reshape business models, and transform industries. The article details the top 22 AI trends in 2022.

The article is an interview conducted with Isu Shrestha, a Machine Learning Engineer at Fusemachines, about his experience as an AI Fellowship Alumni.

Blog For Graduate Students For High School
What is Deep Learning?
By Neha Uddin | September 16

From financial services to law enforcement, Deep Learning methods are widely used in modern society. The article details what Deep Learning is, how it works and the key differences between Deep Learning and Machine Learning.